Creation of Czechoslovakia/Czech Independence Day (Upcoming Czech Holidays During the Autumn Season
and How the Locals Celebrate Them, part 1)

28th October is one of a series of both national and unofficial holidays that mark the autumn season in the Czech
Republic. Throughout the following weeks, we will bring you a series of articles about why do we celebrate
these holidays, in what ways we celebrate them and, most importantly, what do they mean to Czech people.
So, without further ado, let us begin with 28 October.

History – what you need to know

To understand the origin and importance of 28 October, we need to go back to the end of WWI. During the
year of 1918, the guarantee was gained that the Triple Entente countries would accept the future
Czechoslovakia as a sovereign state. This unique position among the former Austria-Hungary states made the
official creation of Czechoslovakia a swift process from there on, and on 28 October it was agreed in Geneva
that a new republic with Tomáš Garrigue Masaryk as president has just emerged. As soon as the news got to
Prague, the public was ecstatic, the documents were signed and the official proclamation was made that the
Czech and Slovak nations finally had their proper state.
The national holiday of the Creation of Czechoslovakia was cancelled by the Nazi regime when the occupation
period started in 1939, which stirred passionate protests in Prague. As is usually the case, many of the
protesting were students, and one of them was none other than Jan Opletal. Opletal was wounded during the
protests and died some days later. This sparked more anti-occupation protests that culminated on 17
November 1939. However, more on that date in one of the next chapters. 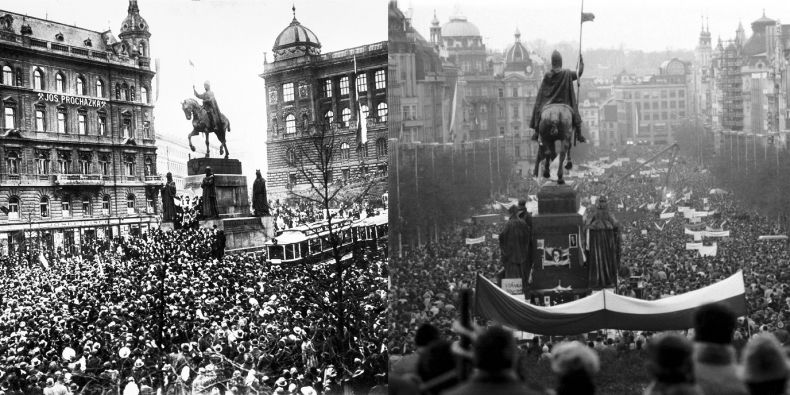 The Creation of Czechoslovakia/Czech Independence Day is celebrated all across the Czech Republic and is one
of the major holidays related to Czech national identity and the notion of freedom. As for the events and
ceremonies – there are some very official ones held in Prague, but something for the wide public can be found
in most cities and even villages. 28 October is the day of army parades as well as various army and civil
honours ceremonies. But when it comes to how most people celebrate the day, it is via going to outdoor
exhibitions, gatherings, concerts, and memorial events (especially in smaller cities). You might have already
seen some panel exhibitions scattered throughout the centre, which is where you will be able to easily find all
of the events (particularly at Václavské Square and the adjacent Národní třída).
Last year, the celebrations were a little more special, as it was the 100th anniversary of the creation of
Czechoslovakia, which is best summed up by this gorgeous video mapping on the building of the National
Museum. However, every year, we take a moment to think
about the history of our nation and we realise the importance of a nation having its own state to flourish in.
We appreciate the liberty that we now have and ponder the importance of protecting and nourishing it. 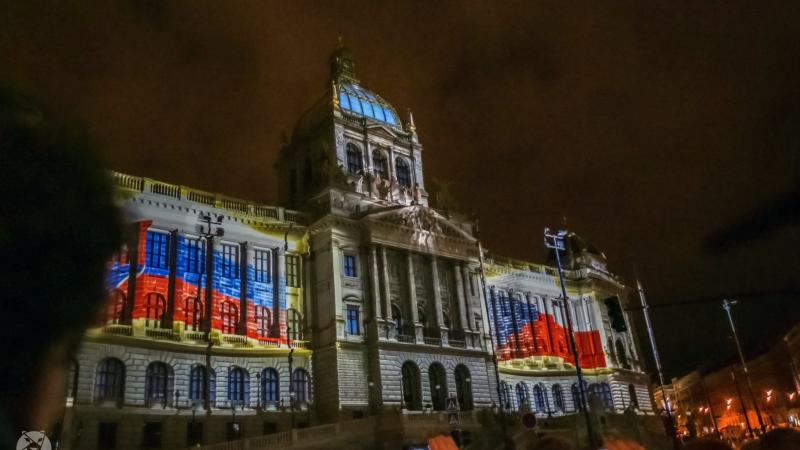